Blessing In The Form Of A Power Cut 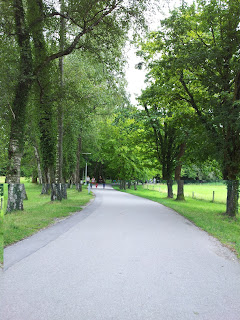 Path on the Herren Insel

The weather in Germany is going through decided mood swings which no psychiatrist could even begin to address. The first few days were sunny and wonderfully warm – the right kind of warm, not the kind of thing where you feel yourself melting like cubes of ice left out too long. Then the sky began to cloud over and overnight the temperatures dropped to below 15 degrees C or at least it felt like it. I found myself huddled on the patio facing the garden, in coats and sweaters with a shawl flung over my shoulders and still not warm enough. Then a few days of sun and cloud and rain playing hide and seek with each other, followed by a really scorching hot day which my friend Angela and I spent romping about on a nearby island. Nice weather to sit in the shade outdoors and read a book. I was just beginning to relax when the next day began sunny but turned cloudy again and the sky turned the waterworks on. Brrrrr. And now as I write this it is turning fine again so when I’m through with blogging I’ll make myself comfortable outdoors again. 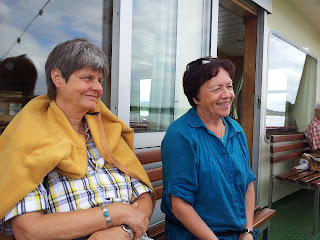 Friends Bibsi and Regina on our trip to the Herren Insel

Last night Ariela, with whom I’m staying, mulling over her long drawn out tooth operation which was to take place the next morning, which is right now. Knocking back red wine. Incidentally I was introduced recently by Günter, to a marvellous Spanish red wine – Grand Reserva 2005, Valdepenos – which is also marvellously inexpensive. For € 3 a bottle it’s a steal. We were joined by hundreds of visitors, tiny specs hopping and flying about and frequently falling into the wine. Fruit flies said Ariela. My glass had at least fifteen of them floating about. I finally decided to lump it and to swallow the whole lot with the wine. 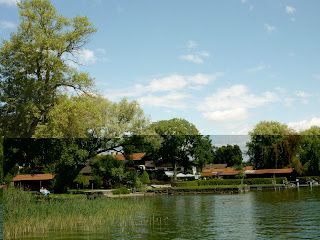 Houses on the Frauen Insel 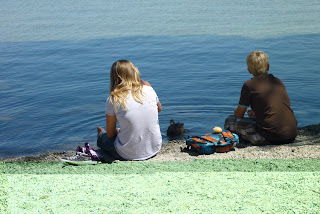 So finally after years of visiting Prien I finally made it to the two islands across the Chiemsee from Prien – peculiarly named the “Herren Insel” (Men’s island) and the “Frauen Insel” (Women’s island). Actually the Frauen Insel was the hideout of the nuns who inhabited the Benedictine convent whereas the Herren Insel is known for its monastery founded in 782 by the Duke of Bavaria. Going around the Frauen Insel we bumped into a group of little old nuns clad in black habits who happily pointed in our direction and stood still for us to take photos. Angela and I figured that they’re probably trotted out every now and then for people to photograph though by far the biggest attraction on the island are the beer bars and cafes, many of which have a brilliant lake view. We  had lunch at one of them. I've got to the stage when I feel constrained to order "senior citizen portions" (they call them "senioren portionen) which to me seem just about as much as I can handle. But at least I can still handle the beer. 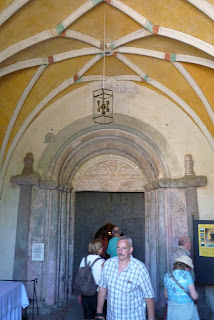 Small church on the island 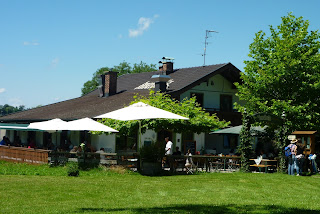 One of the numerous restaurants on the island 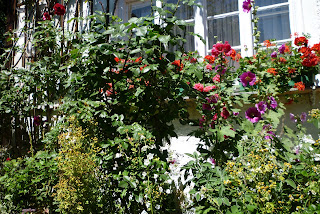 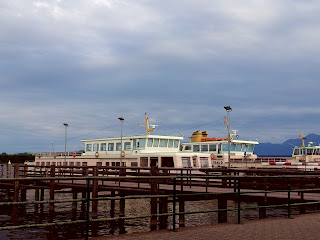 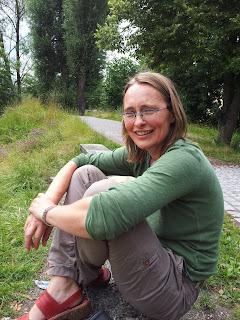 Tales from Turkey and Switzerland 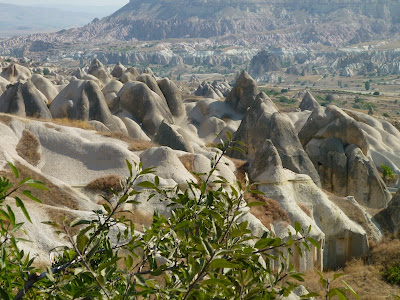